Matthias Rˆhrig AssunÁ„o studied history and Latin American Studies in Paris (Vincennes, Jussieu and Sorbonne Nouvelle). After some years spent carrying out field research in Brazil he completed his PhD at the Free University in Berlin. From 1985 to 1992 he taught History at the Latin American Institute in Berlin, before going to the University of Essex, UK in 1993. He is currently Lecturer for the Department of History and the Institute of Latin American Studies at the University of Essex, UK. His publications include a history of plantation society in Maranh„o, Northern Brazil, an oral history of a peasant and slave revolt in the same province, and the edition of an anthology of the Brazilian baroque poet GregÛrio de Mattos. 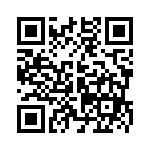