Very interesting. I like the logic that starts from what the audience is actually doing to understand what the media might/should do. A very good example of this fascinating space where technology intersects with society. Ler crítica na íntegra

Página 10 - Pool (1983b) foresaw that convergence of modes is blurring the lines between media, even between point-to-point communications, such as the post, telephone, and telegraph, and mass communications, such as the press, radio, and television. A single physical means — be it wires, cables or airwaves — may carry services that in the past were provided in separate ways. Conversely, a service that was provided in the past by any one medium — be it broadcasting, the press, or telephony — can now...
Aparece em 9 livros desde 1995-2006
Página 11 - Freedom is fostered when the means of communication are dispersed, decentralized, and easily available, as are printing presses or microcomputers. Central control is more likely when the means of communication are concentrated, monopolized, and scarce, as are great networks.
Aparece em 19 livros desde 1987-2006
Mais
Página 5 - The computer industry is converging with the television industry in the same sense that the automobile converged with the horse...
Aparece em 9 livros desde 1995-2007
Menos

Henry Jenkins is the Provost’s Professor of Communication, Journalism, Cinematic Arts and Education at the University of Southern California. He is the author or editor of 20 books including Textual Poachers: Television Fans and Participatory Culture, Convergence Culture: Where Old and New Media Collide, Spreadable Media: Creating Meaning and Value in a Networked Society, and By Any Media Necessary: The New Youth Activists. He blogs at henryjenkins.org and co-hosts the podcast How Do You Like It So Far? 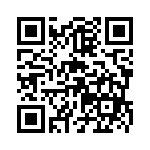