Kobe Bryant was an Academy Award winner, a New York Times best-selling author, and the CEO of Granity Studios, a multimedia content creation company. He was also a five-time NBA champion, two-time NBA Finals MVP, NBA MVP, and two-time Olympic gold medalist. Above all else, he was a loving husband and a doting father to four girls. In everything he built, Kobe was driven to teach the next generation how to reach their full potential. He believed in the beauty of the process, in the strength that comes from inner magic, and in achieving the impossible. His legacy continues today.

Annie Matthew is a novelist and a poet. In a former life, she was a professional athlete. She now lives in Iowa with her gray furry dog, Gus. 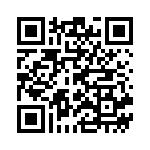