Get this book in print

What people are saying - Write a review

We haven't found any reviews in the usual places.

Other editions - View all

Ben Wilson is the author of six critically acclaimed books, including What Price Liberty?, for which he received the Somerset Maugham Award; the Sunday Times bestseller Empire of the Deep; and, most recently, Metropolis: A History of Humankind's Greatest Invention. Born in London in 1980, he has worked in television, broadcast on the radio in several countries, and writes for publications such as The Times, Daily Telegraph and Prospect. He lives in Suffolk, UK. 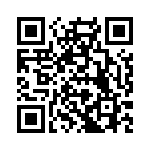