Neil Smith is professor of Geography and acting Director of the Center for the Critical Analysis of Contemporary Culture. An urban geographer and social theorist, he has written extensively on gentrification, the history of geography, and the production of nature. He is author of Uneven Development (Blackwell 1991) and of the forthcoming The Geographical Pivot of History: Isaiah Bowman and the American Century (John Hopkins Press). 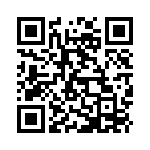