Some reviewers have noted this is not gonzo journalism, but that it has a touch of realism embedded within the writing that makes it a bit different. I did enjoy the book, once I got past the first ... Ler crítica na íntegra

THE SPIDERS OF ALLAH: Travels of an Unbeliever on the Frontline of Holy War

A British journalist's firsthand account of fanaticism and bloodshed in the Middle East.In his first book, Hider, the Middle East bureau chief for the Times (London), loosely examines the ways in ... Ler crítica na íntegra

James Hider is The Times Middle Eastern Bureau Chief, currently based in Jerusalem. The Spiders of Allah is his first book. 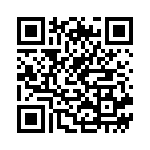