Excellent translation from the Portuguese about an ancient barbarian fighter against Rome, the Lusitanian, Viriathus. He deserves to be better known; historians have neglected him and his importance ... Ler crítica na íntegra 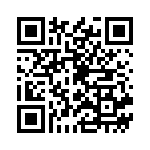