Michael Pennington first played Hamlet when a student at Cambridge in 1964. He went on to play the part for the Royal Shakespeare Company in 1980, amongst many other classical leads for the RSC, the National Theatre and the English Shakespeare Company, of which he was co-founder and joint Artistic Director from 1986-1992. He has also directed several productions of Shakespeare's plays, including Twelfth Night and A Midsummer Night's Dream. 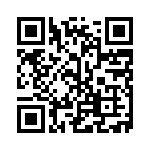