Página 187
eyes looked a very Porphyro. Now, if you would but sing ' La belle dame sans
mercy !' and I looked laughingly into his eyes. He bit his lips and turned away
vexed. " But you have forgotten," I persevered. " I asked for the ' Hymn to Apollo.
Página 189
My drenched hat-feathers hung limp orer my eyes, and my numbed fingers could
scarcely hold the bridle rein, for I had dropped my gloves by the way. "Isee no
light," said Mr. Milne at last; "but the cottage should be visible from here," swi be ...
Página 189
I knew he wouldn't die," she said, half to herself, not speaking to Paul, — only he
held hoth her hands in his, and looked in her eyes. Sheppard, after the first
glance over the little brown figure and the face under the Quaker hood had stood,
hat ... 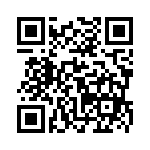