Página 24
... to the Renaissance mind . Sidney , however , clarifies his conception only after
some paragraphs ; the objects of imitation are , he specifies , “ virtues , vices , and
what els , " as these are laid out abstractly by such moral philosophers as ...
Página 132
It is significant , too , that John Case ' s conception of magnanimity , as we have
seen , opposes the extreme of " seditious ambition ” to the virtue , adding an
explicitly politi - cal note . However , like Aristotle , Case maintains fortitude as a
virtue ...
Página 188
One of the commonplaces of recent Shakespearean criticism is the Romantic
conception of the Bard as “ exploring ” the various ambiguities , ambivalences ,
and contrarieties of “ human nature ” or “ experience , ” endterms which in such ...

David N. Beauregard, formerly assistant professor of English at the University of Nebraska-Lincoln, is a religious priest of the Congregation of the Oblates of the Virgin Mary. 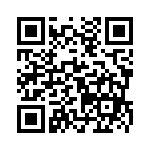