Thomas L. Pangle holds the Joe R. Long Chair in Democratic Studies at the University of Texas at Austin and is a fellow of the Royal Society of Canada. His many acclaimed publications include The Ennobling of Democracy: The Challenge of the Postmodern Age; The Spirit of Modern Republicanism: The Moral Vision of the American Founders and the Philosophy of Locke; and Montesquieu's Philosophy of Liberalism. 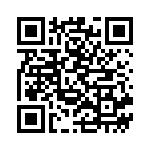