Página 42
She marries the Persian king Ahasuerus ( usually identified with Xerxes ) who is
unaware of her race . Mordecai , an official in the palace at Susa , alienates the
king's chief minister Haman by refusing to bow down to him . In retaliation Haman
...
Página 50
The first king of Israel is the most obviously tragic figure of the Old Testament , his
career a terrifying transition from fame and royal prosperity to desperate isolation
. Cheryl Exum in Tragedy and Biblical Narrative shows how Saul qualifies as a ...
Página 54
Oedipus , king of Thebes and husband of Jocasta , discovers during its course
that he is the son of the same Jocasta and of the previous king Laius whom he
has unwittingly killed ( his parents sent him as a baby to be exposed on Mount ...

John Taylor is Head of Classics at Tonbridge School. 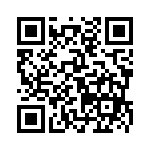