Página 280
( Ibid . , 3 September . ) However , the shift in emphasis was unmistakable . His
Japanese Spring Offensive had now become a “ counter - offensive . ” Moreover ,
the CPA , in cooperation with other militant groups , was not to conduct it . Rather
...
Página 411
the visit of Imelda Marcos to Peking was quite successful ; a photograph of Mrs.
Marcos and her son , Ferdinand Marcos , Jr. , with Chairman Mao on 27
September conveyed unusual warmth and cordiality ( Peking Review , 4 October
) and ...
Página 479
At the time of the September 1973 coup the Political Commission was composed
of Corvalán , Victor Diaz ( deputy secretary general ) , Orlando Millas , Gladys
Marin , Mario Zamorano , Volodia Teitelboim , José Cademartori , Rafael Cortés ... 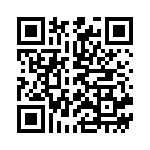