The Cyclades: Discovering the Greek Islands of the Aegean

More than 30 Aegean islands form the circular archipelago known as the Cyclades. Freely (Strolling Through Athens ), who has summered in Naxos since the early 1960s, provides unparalleled insights ... Ler crítica na íntegra

John Freely was born in Brooklyn, New York on June 26, 1926. During World War II, he enlisted in the U. S. Navy. He studied physics at Iona College and New York University and did thermonuclear research at the Forrestal Research Center, Princeton University. In 1960, he took a post teaching theoretical physics at Robert College, Istanbul. He wrote numerous books during his lifetime including Strolling Through Istanbul written with Hilary Sumner-Boyd, Jem Sultan, Storm on Horseback, The Grand Turk, Aladdin's Lamp, Light from the East, and Before Galileo. He died on April 20, 2017 at the age of 90. 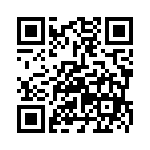