Edwin W. Marrs, Jr., is Professor of English at the University of Pittsburgh. He is the editor of The Letters of Thomas Carlyle to His Brother Alexander, with Related Family Letters. 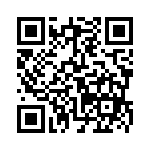