This is a great little book that shares what is known about each of the members of the Corps of Dicovery, from the most famous to the most obscure. Morris fills in a lot of the blank spaces in the ... Ler crŪtica na Ūntegra

This is an great book for anyone who is a Lewis and Clark Expedition history buff and wants to know what happened to the Corp of Discovery. The book is a very easy read and is hard to put down. The stories are funny and sad as each members paths takes on different directions. Highly recommend. Ler crŪtica na Ūntegra 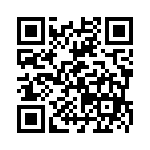