Página xlviii
Several letters are aldressed to the archbishop of Canterbury, written by lady
Burgevenny, the countess of Hereford, the queen of Portugal, Piere Holt,
turcopolier of Rhodes, and others; to the bishop of Norwicb, from the countess of
Warwick, ...
Página lxiii
The pope therefore refused the postulation, and to save Canterbury from a long
vacancy, created Peckham, “ Fratrum Minorum ordinis professor," archbishop,
though for a long time he refused to accept the new dignity, according to Wikes.
Página lxx
Penkridge was held by a dean and canons, the archbishop of Dublin being
always deam, according to the charter of king John confirming a grant of the
church to the archbishop by Hugh Huose. This is printed in Plot's Staffordshire, p.
445. 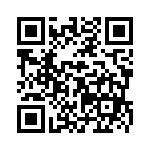