P·gina 167
167 quence of its coagulability, first, and that very soon after the blood has been
removed from the living body, assumes a visible form, and which for this reason
has frequently passed for a morphological constituent of the blood. This notion ...
P·gina 183
It is, as you well know, generally assumed that of the morphological constituents
only two are accessible to the grosser perception of the naked eye, namely, the
red corpuscles in the clot, and the masses of fibrine, which under certain ...
P·gina 190
liar properties for lengthened periods, nay, that these might cling to it for many
years. Of course it was impossible at 'the same time to entertain the opinion, that
the constituents of the blood were of a perishable nature, and that new elements
... 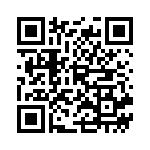