Página 88
Again , the problem may lie with Bernardin himself , for he sometimes forgets
narrator entirely — as when reporting all Virginie's inmost thoughts while she is in
her bath ( Mylne 248 ) . Author's and narrator's philosophies sometimes appear ...
Página 89
perhaps most responsible for linking Bernardin and Longus , followed by Anatole
France in a much - read preface to Longus and by Alexandre Dumas fils in his
preface to Amyot's translation of Longus , attempted in the language of Amyot ...
Página 93
Try as one might to make Bernardin a Christian Longus , the Christmas dating is
a patently contrived irony like the storm itself , calling into question , as indeed the
old narrator does , the works of Providence in a benighted world . Bernardin's ...

Richard F. Hardin is a professor of English at the University of Kansas. His books include Civil Idolatry: Desacralizing and Monarchy in Spenser, Shakespeare, and Milton and Survivals of Pastoral. 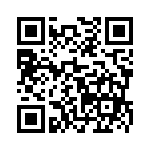