Morris was the first Christian fiction writer I read and this the first series. I picked the first in the series (The Homeplace) up in a Christian bookshop and enjoyed it so much that I bought the ... Ler crĒtica na Ēntegra

I loved this book. I am addicted to sequels. Gilbert Morris always makes you feel like you are involved in the lives of these people; as if they are real. The children act just like normal kids used ... Ler crĒtica na Ēntegra

Gilbert Morris, May 24, 1929 - Gilbert Morris was born on May 24, 1929 in Forrest City Arkansas. He received his Bachelor of Arts in English in 1958 from Arkansas State University. He went on to earn his Master's in English from ASU as well and eventually earned his Doctorate in English from the University of Arkansas in 1968. After graduating from college, Morris became a pastor for a Baptist Church in Alabama. He resided there from 1955 until 1961, at which point he accepted an appointment as a professor at Ouchita Baptist University. Morris now writes books full time, and all of his stories have a basis in Christian faith. Over the course of his career, Morris has sold millions of copies of his titles. He has been a Gold medallion finalist several times and has received five angel awards, three for the Winslow series and two for the Appomatox Series. He won the National Award for Poetry from Cloverleaf in 1978. Gilbert Morris passed away on February 18, 2016. 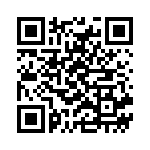