Phyllis Tickle was born on March 12, 1934. She received a B.A. from East Tennessee State University in 1955 and a M.A. from Furman University in 1961. She was best known for launching the religion section of Publishers Weekly in the early 1990s. She also wrote dozens of books on American religion and spirituality including Re-Discovering the Sacred: Spirituality in America, God-Talk in America, The Great Emergence: How Christianity Is Changing and Why, and The Age of the Spirit: How the Ghost of an Ancient Controversy Is Shaping the Church. She died months after being diagnosed with lung cancer on September 22, 2015 at the age of 81. 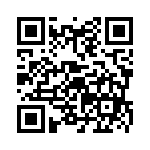