Crime writer David Hunt is the pen name of William Bayer, a graduate of Phillips Exeter Academy and Harvard University. Bayer was a Foreign Service Officer with the U.S. Information Agency where he created many documentaries, two of which received Cine Golden Eagle awards. His feature film titled Mississippi Summer won Best Feature by a Director at the Chicago International Film Festival. Bayer has written several novels including In Search of a Hero, Switch, Wallflower, Mirror Maze, and Peregrine, which won the Edgar Award for Best Novel. He has also authored Breaking Through, Selling Out, and the nonfiction work Dropping Dead and Other Notes on Film Making. After Bayer moved to San Francisco, he began writing under David Hunt, his pen name. Among his most recent novels are The Magician's Tale and Trick of Light. 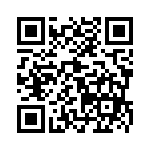