Looking at our shelf of unreviewed books, we came across this collection in looking for multicultural resources for the current issue of TL. We began this series of tales when this reviewer worked at ... Ler crítica na íntegra

Diane Edgecomb is an award-winning storyteller and theater artist who resides in Boston, Massachusetts. In 2001, she initiated The Kurdish Story Collection Project an international endeavor to document the stories and storytelling traditions of the Kurdish people. Beginning by recording Kurdish tellers in the United States and then abroad, Edgecomb made numerous trips to villages in the Kurdish region of Turkey filming and archiving a large complement of tellers. Selections for this book were taken from her collection of over 150 Kurdish tales and legends. In addition to her writing, Edgecomb has continued her work as storyteller and experimental theater artist, performing throughout the United States and abroad. Information on her audio recordings, recipients of two Storytelling World Honors Awards, can be found at www.livingmyth.com.

Mohammed M.A. Ahmed served the United Nations in various capacities for many years, first as a resident expert in Jordan, Syria, Bahrain and Sri Lanka and then as Senior Social Affairs officer at the UN Economic and Social Commission for West Asia. Upon leaving, he founded the Ahmed Foundation for Kurdish Studies, a non-partisan organization. Dr. Ahmed has organized numerous conferences on Kurdish issues and has published, as editor, in cooperation with Professor Michael Gunter several books on Kurdish topics including The Kurdish Question and the 2003 Iraqi War and The Evolution of Kurdish Nationalism.

Çeto Ozel is a Kurdish linguist and author of several books, including Kurdiya Nujen (Modern Kurdish), a primer on the Kurdish language and Kurdish, Education and Linguistic Rights - his most recent book published by Tevn Press. He is a founding member of the Kurdish Language Academy of Brussels and was on the board of the Istanbul Kurdish Institute for ten years. 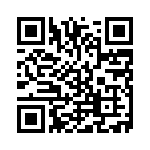