Página 218
On 6 February , PCI leaders , including Enrico Berlinguer , held talks in Rome
with a delegation of the Front for the Liberation of Mozambique ( FRELIMO ) , led
by Marcelino Dos Santos . Aldo Tortorella led a PCI delegation to an international
...
Página 413
On 20 May Castro declared that the administrative apparatus and leaders of the
revolution , eople , were responsible for the shortfall . Over the past four years ,
he said , the nation's leaders , owing to their " ignorance of the problems of the ...
Página 531
Little is known of the leadership and organization of the PRP , the PP , and the
Khmer Rouge ( see YICA , 1970 , p . ... Sihanouk has repeatedly stated from
Peking that Khieu Samphan , Hou Youn , and Hu Nim are the leaders of the PP ;
he ... 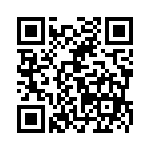