Harley Hahn has won praise for his entertaining, informative, and hugely popular books on computers and the Internet. Hahn earned an undergraduate degree in mathematics and computer science from the University of Waterloo, Canada, and a graduate computer science degree from the University of California at San Diego. He studied medicine at the University of Toronto Medical School before deciding to write professionally. He is best known for Harley Hahn's Internet & Web Yellow Pages (fifth edition, 1998). The first Internet book to sell more than a million copies, it is widely considered an indispensable resource to the wonders of cyberspace. His goal was not only to show Internet users the best sites to explore, but to guide them to related subjects that interest them, and help them to use the Web to its fullest potential. In addition to a comprehensive list of categories and subcategories to topics on the Net, the book includes many samplings from Web sites and news groups, along with whimsical features, such as a list of "25 things to do on the Net when you should be working." Harley Hahn's other books include The InternetComplete Reference (1996), A Student's Guide to Unix (1993) and The Unix Companion (1995). 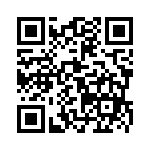