A gathering of well-informed scholars provides a sober, sensible, and fascinating overview of the history of the Rosicrucian movement, still one of the most controversial and least understood byways ... Ler crĒtica na Ēntegra

Pßgina 233 - Had we but world enough, and time, This coyness, lady, were no crime. We would sit down, and think which way To walk, and pass our long love's day. Thou by the Indian Ganges' side Shouldst rubies find: I by the tide Of Humber would complain. I would Love you ten years before the flood, And you should, if you please, refuse Till the conversion of the Jews...
Aparece em 879 livros desde 1821-2008
Pßgina 236 - They are the troublers, they are the dividers of unity, who neglect and permit not others to unite those dissevered pieces which are yet wanting to the body of truth. To be still searching what we know not by what we know, still closing up truth to truth as we find it (for all her body is homogeneal and proportional), this is the golden rule in theology as well as in arithmetic, and makes up the best harmony in a Church, not the forced and outward union of cold and neutral and inwardly divided minds.
Aparece em 270 livros desde 1780-2007
Mais
Pßgina 53 - And I will give them one heart, and I will put a new spirit within you; and I will take the stony heart out of their flesh, and will give them an heart of flesh: That they may walk in my statutes, and keep mine ordinances, and do them: and they shall be my people, and I will be their God.
Aparece em 819 livros desde 1653-2008
Pßgina 235 - Osiris, took the virgin truth, hewed her lovely form into a thousand pieces, and scattered them to the four winds. From that time ever since, the sad friends of truth, such as durst appear, imitating the careful search that Isis made for the mangled body of Osiris, went up and down, gathering up limb by limb still as they could find them.
Aparece em 403 livros desde 1734-2008
Pßgina 236 - We have not yet found them all, Lords and Commons, nor ever shall do, till her Master's second coming ; he shall bring together every joint and member, and shall mould them into an immortal feature of loveliness and perfection.
Aparece em 347 livros desde 1780-2007
Pßgina 220 - So the soul, that drop, that ray Of the clear fountain of eternal day, Could it within the human flower be seen, Remembering still its former height, Shuns the sweet leaves and blossoms green ; And, recollecting its own light, Does, in its pure and circling thoughts, express The greater heaven in an heaven less.
Aparece em 215 livros desde 1824-2006
Pßgina 220 - Shed from the bosom of the morn Into the blowing roses, Yet careless of its mansion new...
Aparece em 219 livros desde 1824-2007
Pßgina 220 - twas born,) Round in itself incloses And, in its little globe's extent, Frames, as it can, its native element. How it the purple flower does slight, Scarce touching where it lies ; But gazing back upon the skies, Shines with a mournful light, Like its own tear, Because so long divided from the sphere. Restless...
Aparece em 199 livros desde 1824-2006
Pßgina 235 - Truth indeed came once into the world with her Divine Master, and was a perfect shape most glorious to look on; but when He ascended, and his Apostles after Him were laid asleep, then straight arose a wicked race of deceivers, who, as that story goes of the Egyptian Typhon with his conspirators how they dealt with the good Osiris, took the virgin truth, hewed her lovely form into a thousand pieces, and scattered them to the four winds. From...
Aparece em 358 livros desde 1802-2008
Pßgina 55 - For I reckon that the sufferings of the present time, are not worthy to be compared with the glory, which shall be revealed in us.
Aparece em 343 livros desde 1697-2008
Menos

John Matthews was born in the North of England in 1948. He has been a professional writer since 1980, and has produced over forty books ranging from Celtic and Arthurian legends to collections of stories, essays, and poetry He has given workshops in Britain, Central Europe, and America and is primarily concerned with the interpretation of myth. He is an internationally renowned authority on mythology and folklore with a special interest in the Arthurian and Grail traditions and Celtic lore. Matthews best known works are The Grail: Quest for Eternal Life, Taliesin: Shamanism and the Bardic Mysteries in Britain and Ireland, and The Celtic Shaman. Other books include Arthur and the Grail Quest, Within the Hollow Hills, and The Winter Solstice, which won the Benjamin Franklin Award in 1998. Matthews has also co-authored with his wife, Caitlin Matthews, a study of the Western mystery tradition, The Western Way. Together they designed and wrote the best-selling Arthurian Tarot, which has sold more than 50,000 copies and has been translated into several languages.

Ralph White is the New York Open Center director of the Institutes Project and editor of Lapis Magazine. 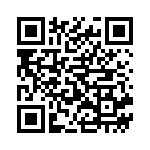