Página 38
Murder , the worst of crimes , and parricide , the worst of murders , and this the
worst of parricides .-- This execrable act of mine's without a parrallel . Oh , may it
ever stand alone accurst , The last of murders , as it is the worst . ( Exit . ACT THE
...
Página 42
Think you I added sacrilege to murder ? Oh , had you seen him as his life flowed
from him in a crimson flood , and heard him praying for me , by the double name
of nephew and of murderer- ( alas , alas ! he knew not then , that his nephew ...
Página 46
Now , who can tell but she may have influenced the amorous youth to commit this
murder , to supply her extravagancies ? It must I now recollect a thousand
circumstances that confirm it . I'll have her and a man servant , whom I suspect as
an ... 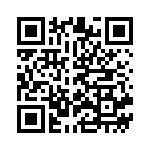