Valerie Wayne is Professor of English at the University of Hawaii at Manoa. She is Associate General Editor of The Collected Works of Thomas Middleton (Oxford, 2007), editor of The Flower of Friendship by Edmund Tilney, and The Matter of Differerence.

Mary Ellen Lamb is Professor of English at Southern Illinois University and her most recent book is The Popular Culture of Shakespeare, Spenser, and Jonson (Routledge, 2006). 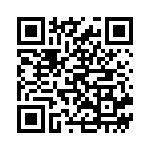