John Oliver Bayley was born on March 27, 1925 in Lahore, India. He was educated at Eton College and Oxford University and served in the Grenadier Guards during World War II. He became a fellow of New College at Oxford in 1955, teaching English, and later joined the faculty of St. Catherine's College, Oxford, in 1973. He was a literary critic and author. His works included The Power of Delight, Tolstoy and the Novel, Shakespeare and Tragedy, and The Red Hat. He wrote three memoirs involving his life from when his wife, novelist Iris Murdoch, was struck by Alzheimer's disease until after her death. The memoirs were entitled Elegy for Iris, Iris and Her Friends: A Memoir of Memory and Desire, and Widower's House: A Study in Bereavement, or How Margot and Mella Forced Me to Flee My Home. Elegy for Iris was adapted into a film entitled Iris. He was a frequent contributor to several publications including The Times Book Review and The New York Review of Books. He died from heart insufficiency on January 12, 2015 at the age of 89. 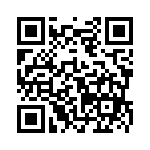