European observers of America's political culture, such as Tocqueville and Bryce, brought critical but objective eyes to their subject. In this volume, Hess, a sociologist from University College ... Ler crítica na íntegra

Andreas Hess is a lecturer in Sociology at University College Dublin. He is the author of American Social and Political Thought: An Introduction (2000), and Concepts of Social Stratification (2001). 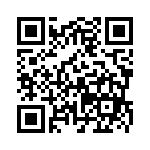