John Drakakis is Professor in the Department of English, University of Stirling. He has published articles, chapters and books on a wide variety of literature, drama, critical theory and cultural studies. He is also the series editor for Routledge's 'New Critical Idiom series'.

Dale Townshend is Lecturer in Gothic and Romantic Literature in the Department of English, University of Stirling. He has published many articles and co-edited several books on the Gothic. 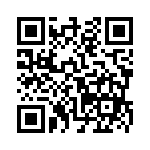