How social media is revolutionizing everything

Clay Shirky has a very good grasp of how the internet, and particularly social media, is changing society. It is a revolution no less seismic than the invention of the printing press and it portends a ... Ler crítica na íntegra

Clay Shirky writes, teaches, and consults on the social and economic effects of the internet, especially on places where our social and technological networks overlap. His goal is to describe the intersection of social tools and social life, helping people to understand both what's happening around them and how tools could he designed that better support social activity.

A professor at NYU's Interactive Telecommunications Program, he has consulted for Nokia, Procter and Gamble, News Corp., the BBC, the US Navy and Lego. Over the years, his writings have appeared in The New York Times, the Wall Street Journal, the Harvard Business Review, Wired, and IEEE Computer. Pivotal articles include 'Exiting Deanspace', an analysis of Howard Dean's loss of the US Democratic nomination in 2004, and how his web campaign may actually have contributed to the loss, and 'Power Laws, Weblogs, and Inequality', about the ways that the social dynamics of online communication tend to create great imbalances of attention.

A regular keynote speaker at tech conferences, he has never believed that technology is an end in itself; rather it is our use of technology that matters. 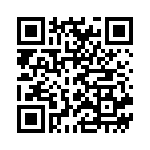