Página 47
This site would deal specifically with the experiences of women in the Holocaust . Copyright restrictions limited the fulfillment of Cohen's requests ...
Página 52
More specifically , it has been argued that bringing gender perspectives to bear on the Holocaust might ( 1 ) detract from the fact that Jews as Jews were ...
Página 195
Specifically , that antisemitism gained ground in Germany until its most destructive expressions appeared in the genocidal policies and practices of the ...

John K. Roth is Edward J. Sexton Professor Emeritus of Philosophy and the Founding Director of the Center for the Study of the Holocaust, Genocide, and Human Rights at Claremont McKenna College in Claremont, California, where he taught from 1966 through 2006. In addition to service on the United States Holocaust Memorial Council and on the editorial board for Holocaust and Genocide Studies, he has published hundreds of articles and reviews and authored, coauthored, or edited more than forty books. In 1988, he was named U.S. National Professor of the Year by the Council for Advancement and Support of Education and the Carnegie Foundation for the Advancement of Teaching. 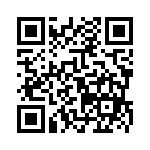