Página 31
The attitude was summed up by Mario Sambuccari , former Socialist Youth
Federation member and founder member of the PCd ' I : Yes , they ( PSI leaders )
spoke much about ' revolution ' , but when it came to real conflict - and these
clashes ...
Página 47
56 Marco Fumagalli , then secretary of the Communist Youth Federation ( FGCI ) ,
which in the past had been closely aligned with the Party , was interviewed about
the FGCI ' s previous congress , where a motion critical of L ' Unitŕ had been ...
Página 118
... such as pensioners , the unemployed , youth movements , lesbian and gay
movements , unskilled migrants from the South and a plethora of popular radical
organisations ( ecologists , feminists , anti - nuclear campaigners , and pacifists ) . 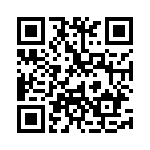