Página 157 - The creed which accepts as the foundation of morals, Utility, or the Greatest Happiness Principle, holds that actions are right in proportion as they tend to promote happiness, wrong as they tend to produce the reverse of happiness.
Aparece em 774 livros desde 1809-2008
Página 157 - Nature has placed mankind under the governance of two sovereign masters, pain and pleasure. It is for them alone to point out what we ought to do, as well as to determine what we shall do.
Aparece em 796 livros desde 1795-2008
Mais
Página 157 - The community is a fictitious body, composed of the individual persons who are considered as constituting as it were its members. The interest of the community then is— what? The sum of the interests of the several members who compose it.
Aparece em 252 livros desde 1823-2007
Página 51 - In short, there are two principles which I cannot render consistent, nor is it in my power to renounce either of them, viz. that all our distinct perceptions are distinct existences, and that the mind never perceives any real connexion among distinct existences.
Aparece em 278 livros desde 1817-2008
Página 157 - Annals of the Parish. After using it as a designation for several years, he and others abandoned it from a growing dislike to anything resembling a badge or watchword of sectarian distinction. But as a name for one single opinion, not a set of opinions...
Aparece em 60 livros desde 1849-2007
Página 155 - Each of us puts his person and all his power in common under the supreme direction of the general will, and, in our corporate capacity, we receive each member as an indivisible part of the whole.
Aparece em 300 livros desde 1909-2008
Página 143 - Although the roads to human power and to human knowledge lie close together, and are nearly the same, nevertheless on account of the pernicious and inveterate habit of dwelling on abstractions, it is safer to begin and raise the sciences from those foundations which have relation to practice, and to let the active part itself be as the seal which prints and determines the contemplative counterpart.
Aparece em 68 livros desde 1858-2006
Página 6 - An institution consists of a concept (idea, notion, doctrine, interest) and a structure. The structure is a framework, or apparatus, or perhaps only a number of functionaries set to cooperate in prescribed ways at a certain conjuncture.
Aparece em 94 livros desde 1895-2007
Menos 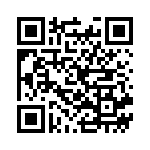