Pįgina 94
3 GROSS , RICHARD E. , and BADGER , WILLIAM , Social Studies ,
Encyclopedia of Educational Research , ed . by Chester W. Harris , The
MacMillan Company , New York , 1960 , p . 1298 . 4 KENWORTHY , LEONARD S
. , Guide to Social ...
Pįgina 117
problem ” in the United States : a “ problem ” population low in income ,
education , and social rank dealt with by an administration elite attempting to
solve problems by acquiring power and money with which to amplify and
strengthen ...
Pįgina 268
Understanding the complexity of crime and justice for the Indian in the U.S. Law
and the Social Order The course described herein , is the second phase of a one
- year sequence on “ Law and the Social Order in American Society . ” The one ... 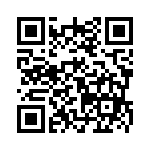