Página 440
On one was constantly moving about , and finally it occasion , when we were
following on turned out that even on the big - footed horseback the companies
which had just Prussians no suitable pair could be found . marched out , we had
taken ...
Página 492
There he found his the ladle put into requisition , and , after a landlord , who , in
blissful ignorance what time , the whole taken off the fire and set company the
Heines had invited , cried : aside to cool . Half - pint wooden mugs “ You can get
no ...
Página 692
It may be , ” he said , “ that Mr. BeauHe had taken her hand gently , but he fort
knows you will leave him before long , held it firmly . For an instant she tried and
he wishes to make provision before to escape , and then she yielded , not only
such ... 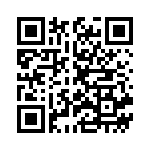