Página 146 - Commentaries, remarks, that this law of Nature being coeval with mankind and dictated by God himself, is of course superior in obligation to any other. It is binding over all the globe, in all countries, and at all times; no human laws are of any validity if contrary to this, and such of them as are valid derive all their force and all their validity and all their authority, mediately and immediately, from this original...
Aparece em 528 livros desde 1766-2008
Página 5 - It must not be; there is no power in Venice Can alter a decree established: 'Twill be recorded for a precedent; And many an error, by the same example, Will rush into the state: it cannot be.
Aparece em 699 livros desde 1733-2008
Mais
Página 171 - And even more important: the religious valuation of restless, continuous, systematic work in a worldly calling, as the highest means to asceticism, and at the same time the surest and most evident proof of rebirth and genuine faith...
Aparece em 61 livros desde 1883-2007
Página 147 - But that a science, which distinguishes the criterions of right and wrong ; which teaches to establish the one, and prevent, punish, or redress the other; which employs in its theory the noblest faculties of the soul, and exerts in its practice the cardinal virtues of the heart; a science, which is universal in its use and extent, accommodated to each individual, yet comprehending the whole community...
Aparece em 95 livros desde 1791-2007
Página 15 - Their Lordships nevertheless recognise that too rigid adherence to precedent may lead to injustice in a particular case and also unduly restrict the proper development of the law. They propose therefore to modify their present practice and, while treating former decisions of this House as normally binding, to depart from a previous decision when it appears right to do so.
Aparece em 149 livros desde 1877-2008
Página 149 - Led by a new paradigm, scientists adopt new instruments and look in new places. Even more important, during revolutions scientists see new and different things when looking with familiar instruments in places they have looked before.
Aparece em 129 livros desde 1880-2007
Página 51 - An ideal type is formed by the one-sided accentuation of one or more points of view and by the synthesis of a great many diffuse, discrete, more or less present and occasionally absent concrete individual phenomena, which are arranged according to those one-sidedly emphasized viewpoints into a unified analytical construct.
Aparece em 260 livros desde 1930-2007
Página 80 - But even in such cases the subsequent judges do not pretend to make a new law, but to vindicate the old one from misrepresentation. For if it be found that the former decision is manifestly absurd or unjust, it is declared, not that such a sentence was bad law; but that it was not law; that is, that it is not the established custom of the realm, as has been erroneously determined.
Aparece em 129 livros desde 1791-2008
Página 137 - In the ordinary use of language it will hardly be contended that the decisions of courts constitute laws. They are at most only evidence of what the laws are ; and are not of themselves laws.
Aparece em 148 livros desde 1841-2008
Página 136 - Whence it is that in our law the goodness of a custom depends upon its having been used time out of mind ; or, in the solemnity of our legal phrase, time whereof the memory of man runneth not to the contrary.
Aparece em 81 livros desde 1791-2008
Menos 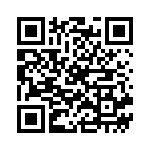