Pįgina 158
Where Shakespeare presents death and bloody crime on the stage , he employs
some subtle psychological devices to soften their hideousness . It is a very
significant fact that in his earlier tragedy , Richard III , all the deaths , except one ,
take ...
Pįgina 165
Sometimes he represents death directly on the stage , and sometimes he
withdraws it from the stage and communicates it to the audience by narration :
and where he does represent death on the stage , he neutralizes , by the
employment of ...
Pįgina 211
There is no attempt to alleviate the pain of a direct presentation of horror on the
stage . The murder of the innocent boy , Julio , on the stage , by Antonio , in
Antonio ' s Revenge , his serving up of the limbs of Julio in a dish to his own
father , the ... 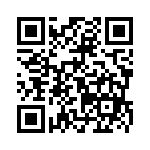