Strasser (law, Capital Univ., Columbus, Ohio) here analyzes the arguments against same-sex marriage one by one and concludes that none achieves legal credibility. He reviews the bars on marriage based ... Ler crítica na íntegra 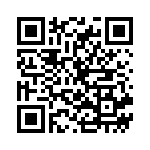