Edward Gordon Craig (1872-1966) was the son of an actor and an architect, and his celebrated career was a synthesis of the two professions. Aside from a prolific career in theatrical writing and direction, he is best known for his pioneering work in set design, not least the feted 1912 production of Hamlet, with Konstantin Stanislavski's Moscow Arts Theatre.

Franc Chamberlain is Lecturer in Drama and Theatre Studies at University College Cork and Visiting Professor in Performance Studies and Creative Practice at the University of Northampton. He is author of Michael Chekhov (Routledge, 2003), co-editor of Jacques Lecoq and the British Theatre (Routledge, 2002), and editor of the Routledge Performance Practitioners series. 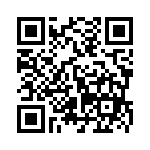