Página 276
in the world , where English merchants and ships carried on their trade , so in
Mediterranean ports , they organised a Factory , i . e . an assembly or body of ...
According to the Grand Duke ' s project , Leghorn was to be the most important
port ...
Página 277
In a short time it changed from a little port - town into a prosperous and
cosmopolitan entrepot . ?? Many Jews , Flemish , French , Germans , Greeks ,
Armenians , Persians , etc. carried on trade with Northern and Southern
European and even ...
Página 330
The momentum increased further after the promulgation in London of the Orders -
in - Council of 25 November 1807 , whereby traders had to obtain a licence in a
British port , and the civil commissioner in Malta was authorized to issue export ... 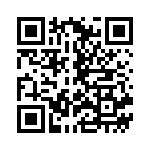