Charles Robinson (1870–1937) belonged to a family of distinguished British illustrators that included his brothers Thomas Heath Robinson and William Heath Robinson. He provided images for many classics of children's literature, including A Child's Garden of Verses, Alice's Adventures in Wonderland, Grimm's Fairy Tales, and The Secret Garden. Other Dover books in which his works appear include another Calla Edition, The Big Book of Nursery Rhymes, as well as Songs of Innocence and Shakespeare Illustrated. 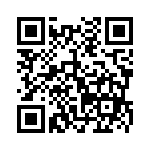