Página 197
A year later , the White Rose participants launched their first leaflet . The Leaflets
While the activities and conversations among us had originally centered around
our cultural and intellectual interests , in time politics and the inescapable ...
Página 209
1 deserve . I have not been successful . The Relevance of the White Rose Today
Much to my surprise , there is worldwide interest in the White Rose . An opera
has been composed , two films made , many books and an excellent play written .
Página 210
Die Weisse Rose und ihr Scheitern ( München : R. Piper & Co. Verlag , 1968 ) .
Inge Scholl , The White Rose ( Middletown CT : Wesleyan University Press , 1983
) . 2. See ( in this volume ) Ina Friedman , " The Red Orchestra and Cato Bontjes ...

The Editor: John J. Michalczyk is Chair of the Fine Arts Department as well as Co-Director and Professor in the Film Studies Program at Boston College. He received his Ph.D. in art, film, and propaganda in the Spanish Civil War from Harvard University. To date, Professor Michalczyk has published seven books on the relationship of politics to literature and film. Over the past ten years, he has produced twelve documentary films, most of which were broadcast nationally on PBS television, and several internationally. His most recent films document narratives of international conflict resolution and personal stories of the disabled. 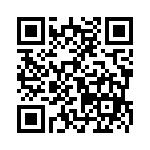