Página 50
He liveth nothing according to his professing ; But , alas ! his life is to thy word [ ' s
] abusion , Except thy great mercy , to his utter confusion . O , where is now the
godly conversation , Which should be among the professors of thy word !
Página 66
The formal level of diction , the utter disregard for anything approaching
vernacular or “ realistic ” language , the preciousness of the bisyllabic verbs ( not
of the monosyllable ones ) , the forced alliteration ( “ to fear their faith , ” “
fountains ...
Página 111
It is fitting , and probably not mere coincidence , by the way , that the character
who is himself termed “ monster ” in Trinculo's soliloquy ( II . ii . 31 ) should utter
images of monstrosity . The word “ fright , ” in line 5 , sets the tone of the speech ,
a ... 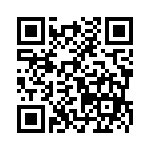