Página 186
If the “ American Scholar ” address looks back to Coleridge ' s Wordsworth , it
also ... But perhaps “ the time is already come , ” when “ the sluggard intellect of
this continent will look from under its iron lids and fill the postponed expectation
of ...
Página 308
Everyone looks before him ; I look within . I have no business but with myself .
Others . . . are always going elsewhere . . . . But I revolve within myself . ” Carlyle
proclaims , rather more grimly than Voltaire ' s Candide : “ The world ' s being ...
Página 398
For those not disposed to him , “ his very serenity ” may look “ like complacency . ”
He has “ a great gift for seeing the best in things , a determined refusal to be
troubled by too much complexity , ( and ) a winning ability . . . to offer a smiling ...

Patrick J. Keane is Professor Emeritus of English at LeMoyne College in Syracuse, New York. He is the author of numerous books, including Coleridge's Submerged Politics: The Ancient Mariner and Robinson Crusoe(University of Missouri Press). 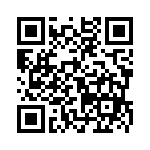