William Shakespeare (1564-1616) was an English dramatist, poet, and actor, generally regarded as the greatest playwright of all time. 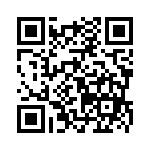