Can't rate as I only read one chapter and skimmed one other. I don't know or care about her as a celebrity or singer - I picked this up because it looked interesting when I was looking in the library ... Ler crítica na íntegra

Página 50 - I do not want my house to be walled in on all sides and my windows to be stuffed. I want the cultures of all lands to be blown about my house as freely as possible, but I refuse to be blown off my feet by any of them.
Aparece em 390 livros desde 1901-2008
Página 54 - Prayer God, grant me the Serenity To accept the things I cannot change... Courage to change the things I can, And Wisdom to know the difference.
Aparece em 774 livros desde 1934-2008
Mais
Página 221 - A THING of beauty is a joy for ever: Its loveliness increases; it will never Pass into nothingness; but still will keep A bower quiet for us, and a sleep Full of sweet dreams, and health, and quiet breathing.
Aparece em 640 livros desde 1817-2008
Página 119 - You can make more friends in two months by becoming interested in other people than you can in two years by trying to get other people interested in you.
Aparece em 146 livros desde 1924-2008
Página 98 - It is one of the most beautiful compensations of this life that no man can sincerely try to help another without helping himself.
Aparece em 204 livros desde 1875-2008
Página 219 - It is impossible that anything so natural, so necessary, and so universal as death, should ever have been designed by Providence as an evil to mankind.
Aparece em 103 livros desde 1801-2007
Página 94 - I may, for it may not always be so. One day I shall dig my nails into the earth, or bury my face in the pillow, or stretch myself taut, or raise my hands to the sky and want, more than all the world, your return.
Aparece em 24 livros desde 1992-2008
Página 97 - To be seventy years young is sometimes far more cheerful and hopeful than to be forty years old.
Aparece em 116 livros desde 1874-2008
Página 109 - An archaeologist is the best husband a woman can have; the older she gets the more interested he is in her.
Aparece em 86 livros desde 1957-2008
Página 94 - Gratitude unlocks the fullness of life. It turns what we have into enough, and more. It turns denial into acceptance, chaos to order, confusion to clarity.
Aparece em 61 livros desde 1996-2008
Menos

Naomi Judd, a country music superstar as well as one of the most admired women in the entertainment industry, has sold more than twenty million albums and won six Grammys and American Music Awards. She's received three honorary doctorates in the arts and nursing and is a highly sought after speaker. As a humanitarian and social advocate, she is the spokesperson for the American Liver Foundation. Author of two bestsellers, Naomi's Breakthrough Guide and Love Can Build a Bridge, she has also written three children's books and Naomi's Home Companion, a collection of recipes and kitchen-table wisdom. Her skin care line Esteem can be found at www.mynaomi.com.

Naomi is also the host of her own TV show, Naomi's New Morning, which airs on Sundays on the Hallmark Channel.

She lives with her husband, Larry Strickland, outside of Nashville, Tennessee, on a farm called Peaceful Valley, which she shares with her daughters Wynonna and Ashley and their families. 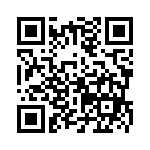