Página 7
The third main theory of laughter is that it arises from psychic release , ' the
arousal ' , as James Feibleman puts it , ' first of terrific fear , then of release , and
finally of laughter at the needlessness of the fear ' . This again seems helpful , not
only ...
Página 8
Here the humour , for the sympathetic reader , consists partly of release from fear
on Petworth's behalf . A Freudian critic , Ernst Kris , notes that this sudden release
from anxiety , leading to laughter , does not work for everybody , and our ...
Página 66
It is worth noting , though , that this joke can be enjoyed by children themselves :
when a child laughs at the idea of a child being eaten he has overcome his fear
that he might actually suffer this fate . Consider Thackeray's version of the ballad
... 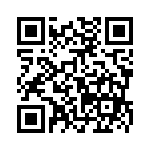