Página 64
The things with which their households were furnished were caught up in what
Keith Wrightson has called the ʻrecasting of the economic world ' , a
reorientation towards. Rig half the story of domestic life untold , of course . Every
room that ...
Página 77
As a grandchild she might receive pewter , cooking utensils , and a share of silver
spoons , such as the two “ called maiden heads ' which John Snothe gives to his
granddaughters , and these may , with other goods , be stored in her own chest ...
Página 220
... Profit , Piety and the Professions in Later Medieval England , Gloucester : Alan
Sutton , 1990 Butcher , Andrew , ' Oneley a boye called Christopher Mowle ' , in D
. Grantley and P. Roberts eds , Christopher Marlowe and English Renaissance ...

Catherine Richardson is Lecturer in English and History and Fellow of The Shakespeare Institute at the University of Birmingham. 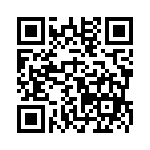